Along with major event sponsor, the Maldon and district Community Bank Branch, this decision is taken as the responsible option to minimize any risks to competitors and the community in the wake of the current Coronavirus issue.

We will be planning to hold a Hole-in-one competition at a more suitable time later in the year.
Full details on this web page when finalized.

This years Easter Hole-In-One was a huge success and we would like to thank everyone who participated including the kids in the easter egg hunt.  We would also like to thank our sponsor the Maldon and District Community Bank branch of the Bendigo Bank who make the event possible https://maldoncb.com.au/.  So please head down there and open an account and tell them the golf club sent you.

This year there were no lucky golfers able to hole out in one, but there were quite a number that went close.  5yo Rook gave it a mighty scare, story included below. The nearest the pin results are as follows:

Winner who receives a $900 bank account with the Maldon and District Community Bank: 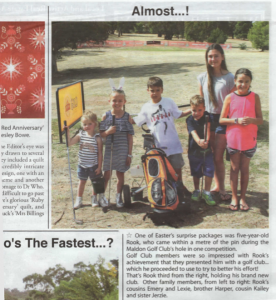 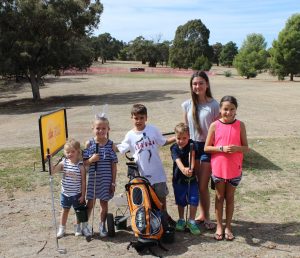 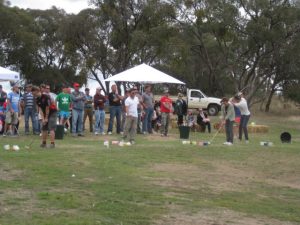 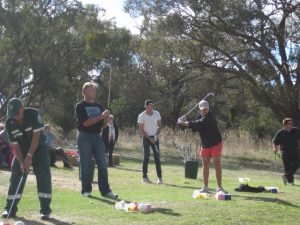 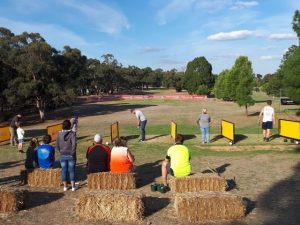 The Maldon and District Community Bank and Maldon Golf Club’s Hole-in- One Challenge is a major event in the Maldon Easter Fair. It is staged on Easter Saturday and Easter Sunday.
There is a new ‘easy to see’ contoured green and rejuvenated tee off boxes. Participants are able to clearly identify the position of the hole and the proximity of their ball to the hole, which is some 100 metres from the tees. Was it these new conditions that created our 2017 winner!
From the first shots played on Saturday, players were attacking the hole-in- one prospect and many great shots were hit to within a metre of the hole and better. Golfers of all ages and skills were chasing the Maldon and District Community Bank $2000 prize.

Just 10 minutes before final shots on Saturday, exhilaration struck as local golfer Russell Healy scored his “ace”. The 10 year curse had been broken and a hole-in- one achieved. However, players still kept trying to for their right to challenge Russell to a playoff.
Early afternoon on Sunday, exhilaration struck again as Newstead resident Nick Ebery scored his “ace” and a playoff was assured. Then, with half-an- hour remaining on the “shot” clock, more excitement as a regular visitor from Lilydale, Greg Forbes achieved his “ace”. We had three Holes-in- One!

In the playoff, each player plays 10 shots and the nearest-the- pin is declared the Hole-in- One winner. The closeness of their shots left the large crowd in awe. Club President Mark Brasser announced that Greg Forbes at 69cm from the hole had edged out Russell Healy at 74cm by just 5cm and declared Greg as this years winner.

Maldon and District Community Bank Branch Manager Adam Balzan provided Greg with a $2000 bank account and Russell and Nick with $300 bank accounts for their Nearest the Pin shots.

In congratulating the players and presenting the prizes, Adam said “what a great couple of days we have seen. There has been some extraordinary and some ordinary golf shots but overall the event has been a resounding success.